Stigma and Resilience Among Vulnerable Youth Centre (SARAVYC)
» Home » 2020 » March » 18 » Being Safe, Being Me 2019: Results of the Canadian Trans and Non-binary Youth Health Survey

Being Safe, Being Me 2019: Results of the Canadian Trans and Non-binary Youth Health Survey 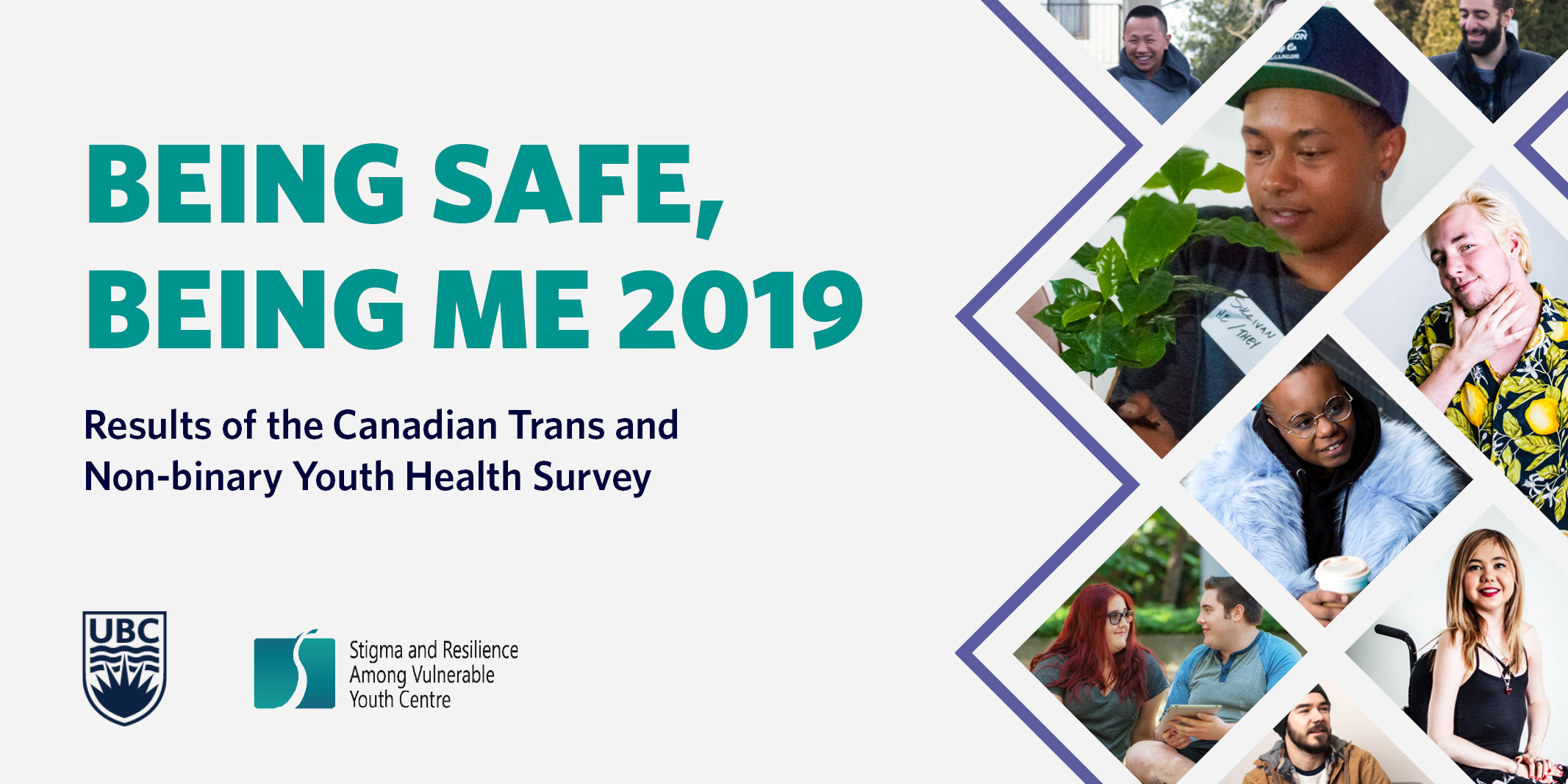 In 2014, SARAVYC conducted a bilingual survey to learn about the health of transgender youth in Canada. It was the first and largest of its kind in Canada, with 923 young people responding. From this report, recommendations—such as developing safe, more inclusive schools and providing support for families with transgender children—were communicated.

In 2019, the same survey with a few additional questions, was released. 1,519 trans and/or non-binary youth across the nation responded. Once again, this study was funded by the Canadian Institute for Health Research and involved collaborations with various universities and health researchers across the nation. Similar to 2014, this survey was available for young people between the ages of 14 to 25 to take in English or French and asked about a range of topics including gender identity, access to gender-affirming care, and physical health. When applicable, comparisons between 2014 and 2019 were made to gauge whether things have improved since 2014.

Region-specific recommendations were also included for this 2019 report. Find them here: