Stigma and Resilience Among Vulnerable Youth Centre (SARAVYC)
» Home » 2022 » April » 14 » Not Yet Equal (the Sequel): Results of the BC Adolescent Health Survey

Not Yet Equal (the Sequel): Results of the BC Adolescent Health Survey

Not Yet Equal (the Sequel): Results of the BC Adolescent Health Survey provides a profile of the health LGBTQ youth in British Columbia (BC). The report is a collaboration between researchers at SARAVYC and the McCreary Centre Society and uses data from the 2018 BC Adolescent Health Survey (BC AHS), which is one of the most reliable, comprehensive health surveys of adolescents ages 12–19 in public schools in BC. Repeated every five years since 1992, the survey involves a large-scale population-based sample. In 2018, over 38,000 young people in 58 of BC’s 60 school districts completed the survey, the largest cohort that has participated so far.

This report is the sequel to the 2007 report Not Yet Equal: Health of LGB Youth in British Columbia and builds on data from the 2008, 2013, and 2018 BC AHS to provide a picture of LGBTQ gains, strengths and vulnerabilities. Not Yet Equal (the Sequel) also has a companion report, Gender-Diverse: A Spotlight on the Health of Trans and Non-Binary Young People in BC, that analyses the 2018 BC AHS data to spotlight the experiences of trans, non-binary, and gender non-conforming youth. 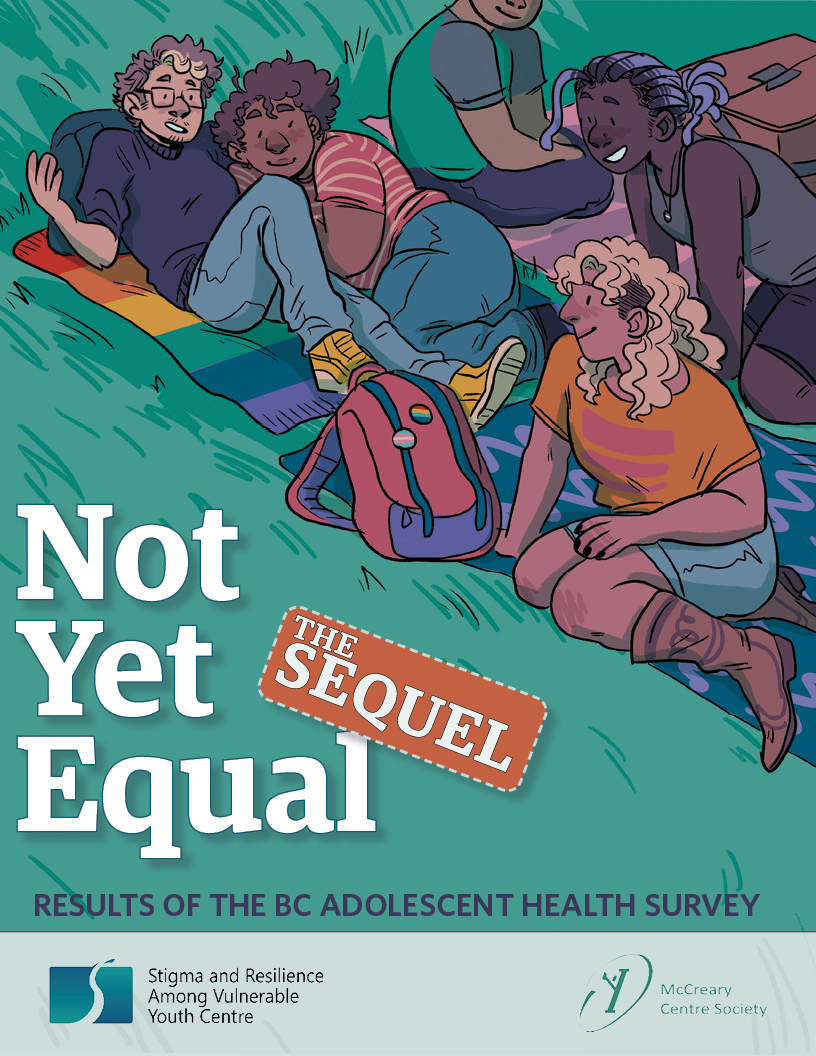