Since 1998 McCreary has worked in partnership with Aboriginal researchers and community Elders, youth, and adults to produce a specific report about the health of Aboriginal youth who complete the BC AHS. This is the fourth Raven’s Children report and is an in-depth look at the health of youth who identified as Aboriginal on the 2013 BC Adolescent Health Survey. The report contains data from the survey, along with the views of community members who reviewed the data. This included youth, Elders, and Aboriginal service providers in Chilliwack, Kamloops, Kelowna, Nanaimo, North Shore, Prince George, Vancouver, and Victoria, as well as Métis youth from across the province at the MNBC Ministry of Youth BC annual meeting. 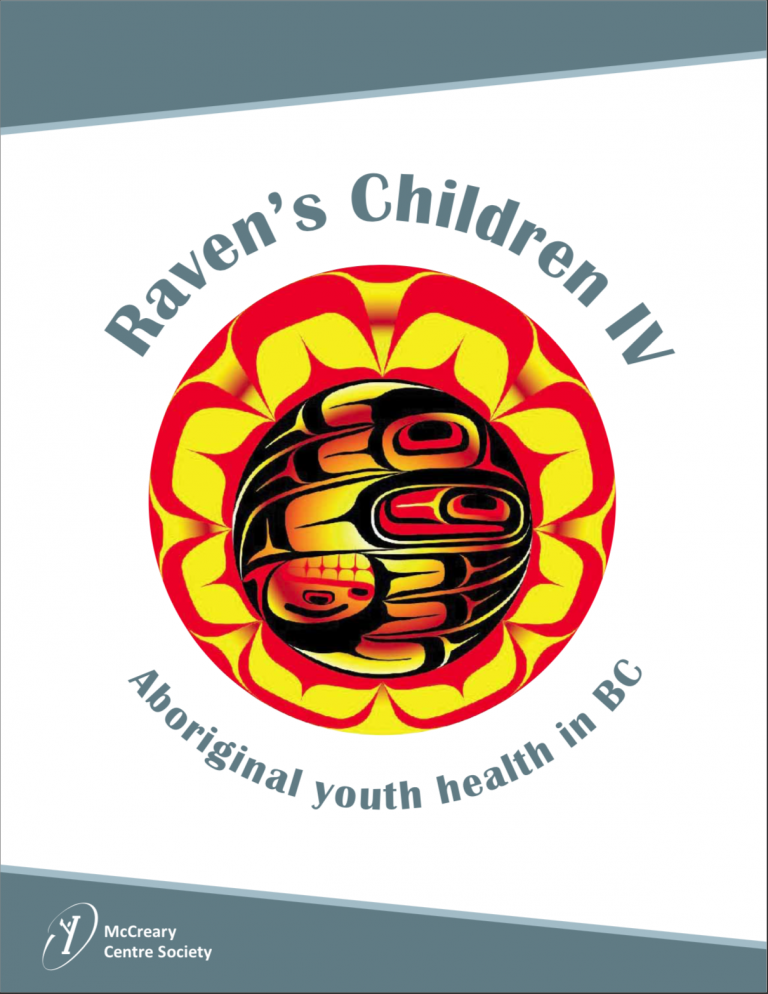