From Hastings Street to Haida Gwaii: Provincial results of the 2013 BC Adolescent Health Survey

The 2013 BC Adolescent Health Survey was administered to almost 30,000 public school students across the province. It provides a comprehensive look at the health of youth aged 12–19. This is the fifth time students have been asked to complete the survey since 1992, and the regional coverage was the highest yet. Fifty-six of the 59 BC school districts participated in the survey. This is the first of a series of reports that were published using the 2013 survey results. It includes some comparisons between students in the five different regions of the province. These are the Fraser, Northern, Interior, Vancouver Coastal, and Vancouver Island Health Authorities. 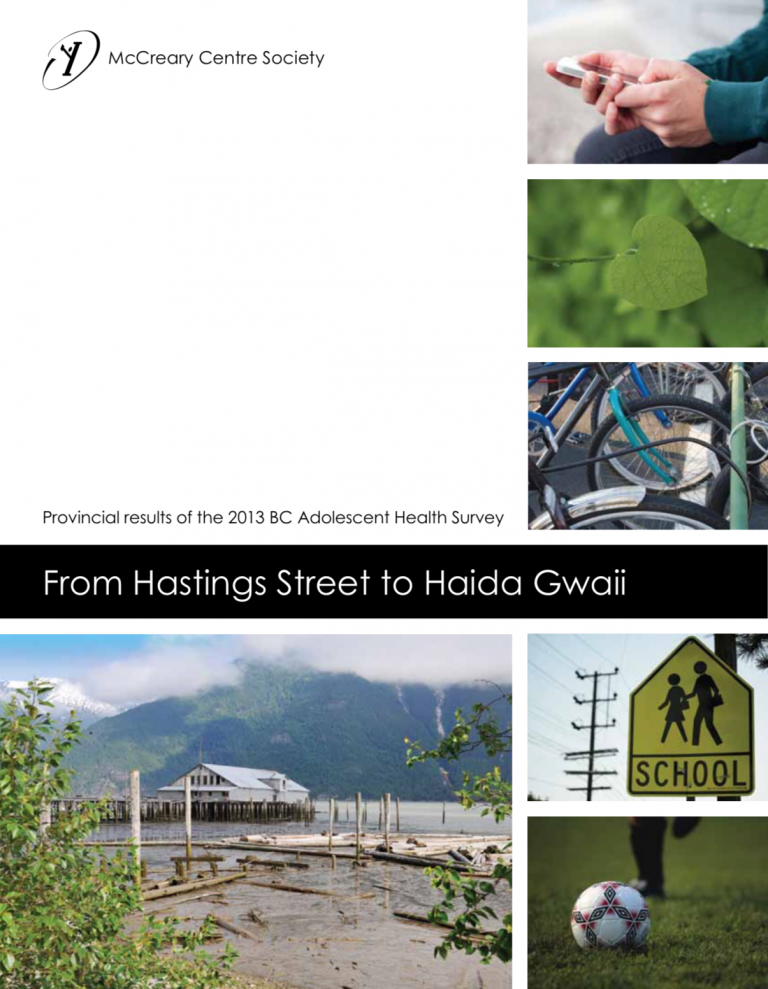