Best Practices for Asking Questions about Sexual Orientation on Surveys

In 2003 the Ford Foundation began funding a multi-year project that sought to increase the quantity and quality of data on gay, lesbian, and bisexual people, and, by extension, on heterosexual people. Over a five-year period, many researchers participated in the expert panel funded by the grant, thus contributing to the knowledge embodied in this report. This multidisciplinary expert panel pooled decades of knowledge and experience, conducted new methodological research, and met with many survey specialists to identify the best scientific approaches to gathering data on sexual orientation. This panel, known collectively as the Sexual Minority Assessment Research Team (SMAtRT), met regularly to discuss these data issues. By “sexual minority,” we mean people who are attracted to or have had experience with same-sex sex partners, or someone who identifies as lesbian, gay, or bisexual. 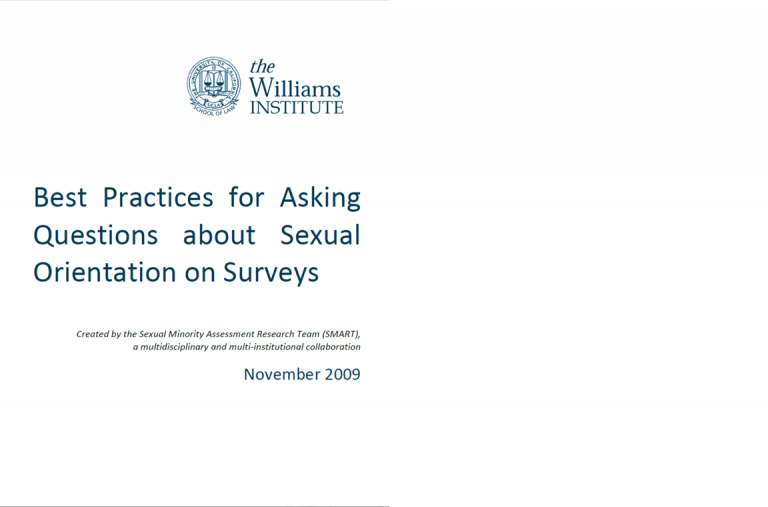